Summer is busy. Let’s face it. If I don’t get something prepped in the morning, it’s likely not going to happen that eve. So, during the summer, my next best friend (other than the BBQ) is the slow cooker. But don’t be fooled, the slow cooker is just a tool. You still need to give the food that goes in it some TLC prior to cooking.

Before you get your pork in the slow cooker, use a dry rub on it (I used a mix of onion powder, garlic powder, paprika, cumin, chili powder and seasoning salt). Once it’s seasoned, get your cast iron pan out. On medium heat using a vegetable or olive oil sauté one chopped onion and three celery stalks. Move the sauteed veggies to your slow cooker (set on high heat). Turn the heat on your cast iron up to high. Add more oil. Sear your seasoned pulled pork on each side. Once seared off, move into slow cooker. Deglaze pan with just a splash of Clamato juice. Add the deglazing liquid into the slow cooker.

For your BBQ sauce, use about ½ cup ketchup, 1/4 cup soy, 2 tbsp Worcestershire sauce, 1/4 cup brown sugar, 2 tbsp apple cider vinegar, add some of your fave hot sauce (depending on your heat tolerance). Mix all together over low heat. Taste it. Yummy? Pour into your slow cooker. Add bay leaf. Cover your slow cooker and cook on high for about 6 hours.

The photo is what your pork should look like prior to the start of slow-cooker cooking. You don’t need a ton of liquid for pulled pork as the meat will release its own juice as it cooks. Too much liquid will just boil it. Pull with forks when done.  Enjoy over rice and a curried slaw. Or like we did with Mexican street corn.

Check out my feed at @agsinspace for the Mexican street corn recipe. 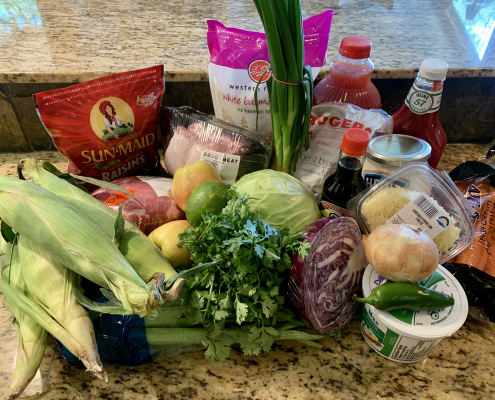 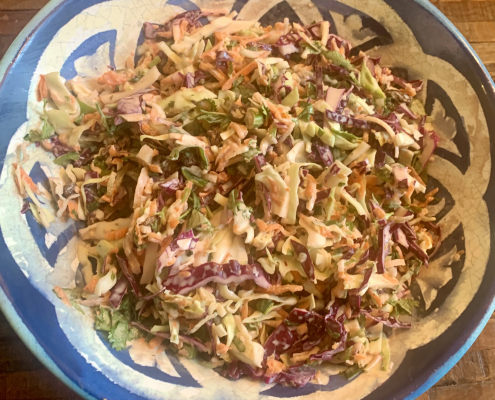 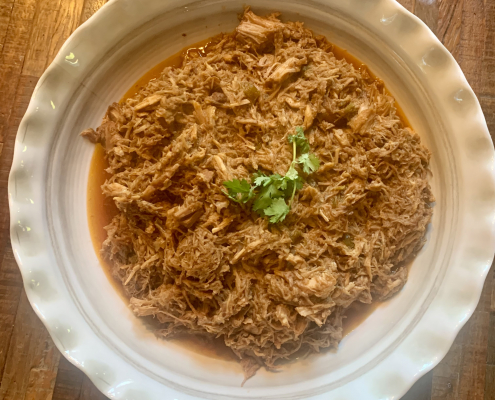 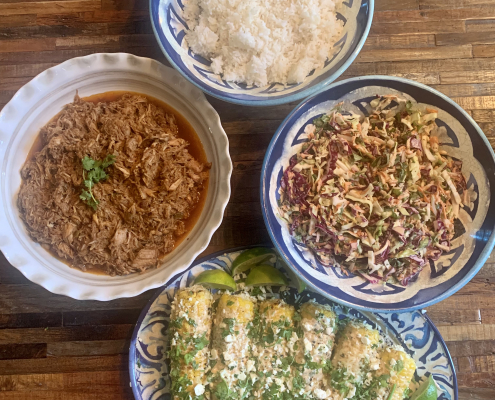 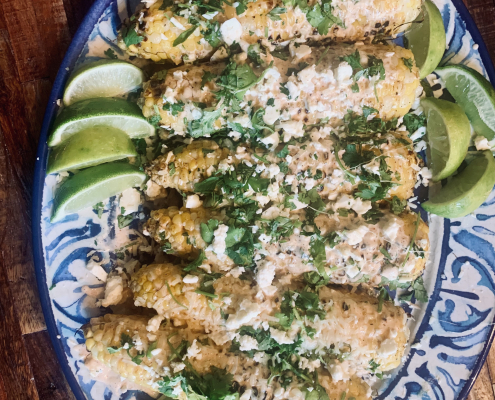 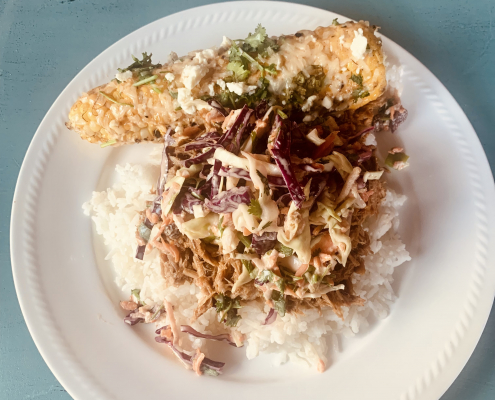